The Tower of London England is one of London’s most famous landmarks and a jewel of the British Capital. It is a place that both fascinates and horrifies everyone that visits young or old. It is also one of my favourite places to take family and friends when they first come to London.

Situated in the heart of central London and on the River Thames next to another famous landmark, Tower Bridge, the Tower of London is a distinct royal landmark.

The Tower of London is still very much a dominant historical architecture, even with surrounding skyscrapers. By no means is it overshadowed by these modern buildings.

Tower Bridge London is a historical and fascinating English icon and is one of the most famous bridges in the world.  It has proudly [...]

It is surreal to think that the Tower was built by William the Conqueror nearly 1000 years ago. Originally a fortress and prison to some of the worlds most prominent people in history. But for 500 years monarchs also used the Tower as a surprisingly luxurious palace. The Medieval Palace was once home to Henry III and his son Edward I.

It is one of those places that you can constantly learn from and even though a lot of the history is tragic and brutal it also intriguing at the same time.

What to do inside the Tower of London

With so much to do and see inside the Tower of London and the crowds, it can become a little overwhelming to visit. Here is a What to do list to help you out on what to see and do to help make your visit more memorable.

Traitor’s Gate also provided Edward I and other royal’s access by water to the St Thomas Tower. Designed as additional accommodation for the Royal Family.

Today, what you will see is the top of the gate above the Thames water. With a small sign atop that reads ‘Traitor’s Gate’.

The White Tower (Also known as a castle) is the central tower at the Tower of London. The original tower from which the fortress was named after.  Built around 1080 AD by William the Conqueror and subsequently extended. It was built to awe, subdue and terrify Londoners, and to deter foreign invaders.

Today, however, it is a museum and home to Royal Armouries with an exhibit displaying articles over 350-years-old. Which include the magnificent royal armours of Henry VIII, Charles I, and James II. As, well as a collection of suits of armour for horses that are displayed on life size replica horses that look pretty amazing.

Torture at the Tower

On the top floor of The White Tower, you will find the exhibit Torture at the Tower, which houses an original execution block complete with an axe. They believe it dates back to Tudor times and that it was used to behead Anne Boleyn but this was proven incorrect, as she was executed by the sword. Some of the exhibits you can try via digital media. 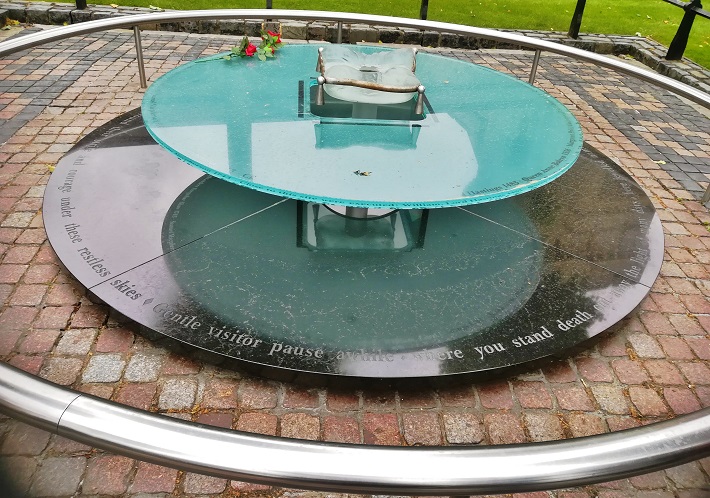 Make sure to visit The unique Romanesque Chapel Royal of St Peter ad Vincula and hear the stories told by the Yeoman Warden. They’ll tell you about the famous people buried there and those executed at the Tower like Anne Boleyn.

The Chapel Royal of St Peter ad Vincula is a parish church of the Tower of London. It is still used today for Sunday services and Matins, which are sung at 11 am.

You know that you can visit where Anne Boleyn Hever Castle, where she grew up?

What is the saying, ‘if the walls could talk?’, that is what a tour with the Yeoman Warden reminds me of. Hear the thrilling and sometimes brutal stories of what happened to Kings, queens, traitors, prisoners, and even children within the walls of the Tower of London.

Yeoman Warder or popularly known as the Beefeaters, are ceremonial guardians of the Tower of London and have long been symbols of London and Britain, like the red telephone box. Before it was open to the public, the Beefeaters were responsible for looking after any prisoners in the Tower.

These days they safeguard the crown jewels and also conduct guided tours. They are happy to answer your questions about the Tower and are some of the most photographed guards in London.

This is a great tour to do when you first arrive at the Tower of London and then explore on your own. It gives you a better sense of what happened their hundreds of years ago.

You can not go to the Tower of London and not see arguably one of the most impressive collections of jewellery in the world, the crown jewels. For over 600 years Kings and queens of England have stored their crowns and other items of their ceremonial regalia at the Tower of London.

Some of these items include a pearl belonging to Elizabeth I which is incorporated into the Imperial State Crown. One of the largest top quality cut white diamond in the world, weighing in at 530.2 carats. Then you also have the two crowns most associated with the monarch, one used at the Coronation and the other worn on many state occasions by Queen Elizabeth II and recognisable all over the world.

You can understand why over 30 million people have seen them in their present setting at the Tower of London in a huge vault.

Do you know that there is a Jewel Tower in London that you can visit and was a part of Westminster Palace?

They are considered to be highly intelligent birds with their own distant personality’. They can even mimic sounds, play games, and even solve problems. Apparently, one of the Ravens likes to lie on her back and play dead if she’s not getting enough attention.

There are six resident (plus a spare) ravens and each raven has different colour bands on their leg. This is to help make it easier to identify individual birds. To encourage them to stay and prevent them from flying away, the Ravenmaster regularly trims their feathers. Don’t worry though as it does not hurt them in any way.

Their enclosure enables them to wander around the grounds as they please. They can still fly and from time to time and there have been times that Ravens have gone absent but they are few and far between.

Ravens in captivity in the Tower grounds have had lifespans of over 40 years. You can read about the various stories and myths behind these intelligent and fascinating birds through displays near there home (cage).

Please do not feed the Ravens at any time as they may bite, especially if they feel their territory is being threatened. 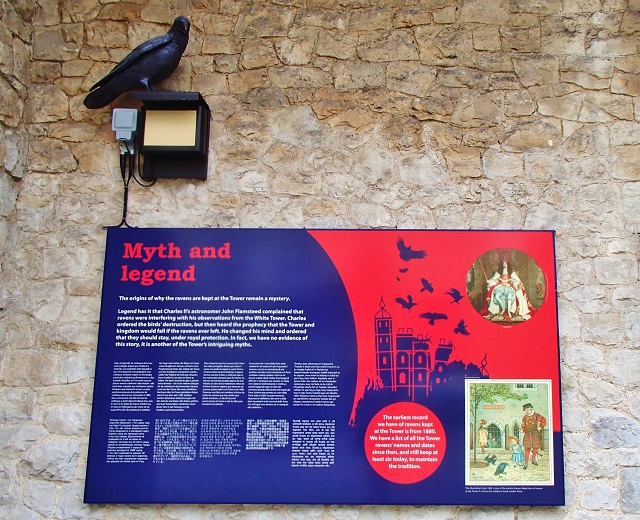 The first time that I saw the lion statues just on the outside walls of the Tower of London, I just thought they look great but random. It was not until I went in with my guidebook and saw the plaques at the animals that I learnt why there were there.

Held captive at the Tower of London for 600years were many wild and exotic animals. They were known as a menagerie and kept by the Kings and Queens. They were a symbol of power and for the entertainment and curiosity of visitors. Unfortunately back in those days, they were often mistreated and lived in poor conditions.

Today menagerie statues are scattered around the Tower of London with interactive displays. Which shows and tells the stories of what happened to these royal beasts and their fate. Some of the statues you can see are the polar bear who fished in the Thames for his lunch. To the elephant that was a gift from King Louis IX of France in 1255.

Location of Tower of London

You can get either the DLR or Tube both are with 5mins walk of the Tower of London entrance. The closest underground is Tower Hill which is on both the district (green) and circle line (yellow). The DLR station is Tower Gateway that is across the road and a short walk.

There are a number of buses that stop at the Tower of London with some of them even going over Tower Bridge. These buses are the number 15, 42, 78, 100 and RV1.

Alternatively, you can also catch a riverboat along the Thames to Tower Pier. There are a number of boat services that stop here from the hop on hop off tour boats to the local London River Services which is part of the Transport for London (TfL) Service. You can use your Oyster card on the TFL boat service.

Top Tip for inside the Tower of London

There are lots of restaurants and pubs around Tower Bridge London that are a good spots for a drink or a bit to eat before or after you have visited the bridge. Here are a few recommendations for both pubs and Restaurants: 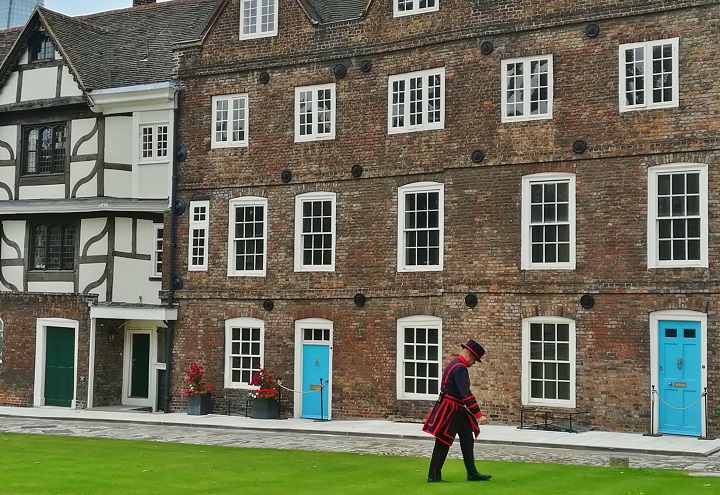 Get a Historic Royal Palaces


If you are planning on visiting one of the other properties like Hampton Court Palace or even Kensington Palace. It might work out cheaper for you to obtain a Historic Royal Palace membership. As paying individually for each palace, will cost a lot more.

If you are interested in discovering more about England, or History, feel free to read my following articles.

⇒ Looking to discover other parts of London, please feel free to head to my England page.

Have you been to the Tower of London, England before? I would love to hear your experiences in the comments below.

Disclaimer: I paid to visit the Tower of London, England. All views are my own and based on my own experience. 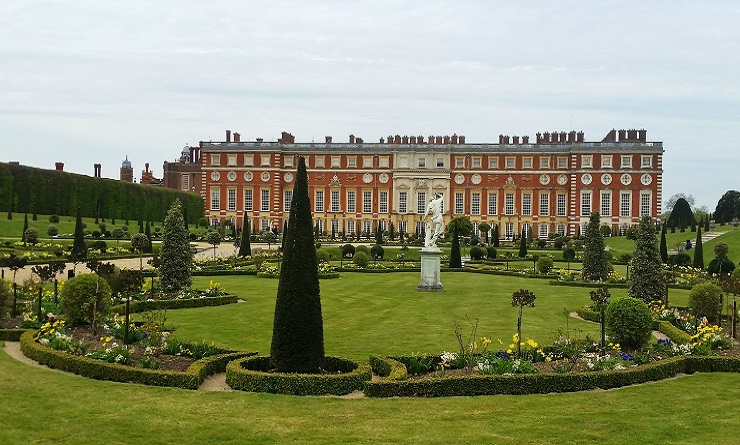 A Palace fit for a King, Hampton Court Palace England 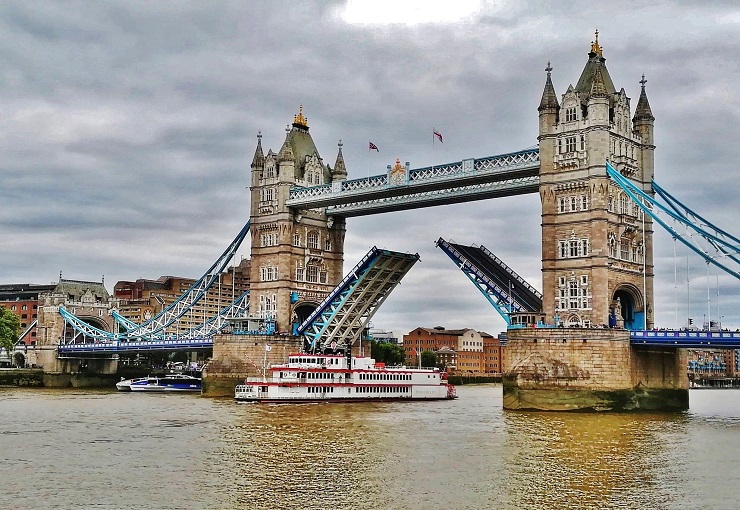 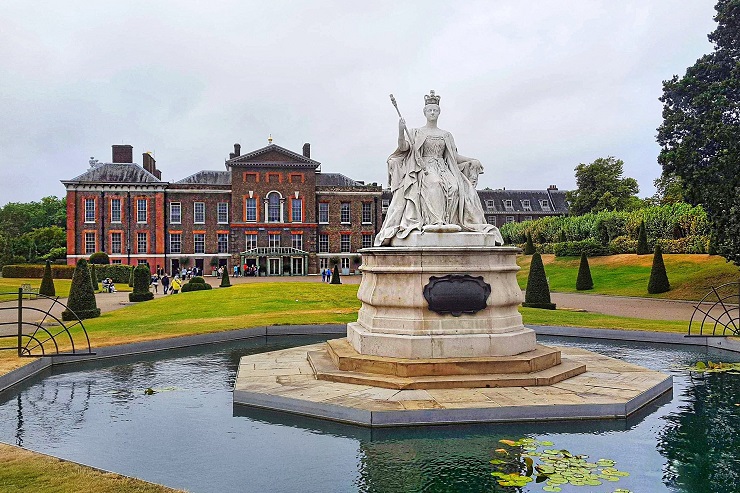