A comment was once made to me by a passing traveller which has always stuck in my head, ‘If given the chance, why would I want to stay inside Petra, Jordon where it is dark when I can sleep outside under the stars opposite where I can appreciate the view’. I could not sum up my stay at the Le Relais anymore clearer than that.

We decided to spend a night here before heading over to our other hotel within the walls of Mont Saint-Michel. Purely so we could watch the sunset while taking it the beautiful landmark view with a glass of wine and cider. 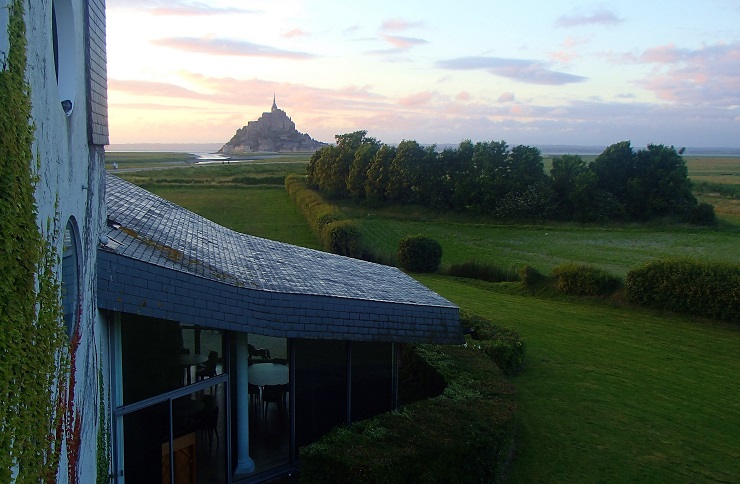 The room was very large and spacious with a big comfortable bed but in the bathroom the tiles were cracked and looked a little dirty. The room was outdated and definitely needed a facelift.

Also there was a bird nest in the corner of the balcony and the bird excrement was everywhere on the window and ground. It seemed like it had not been cleaned up in a while, which surprised me as it was considered to be a 4 star hotel. 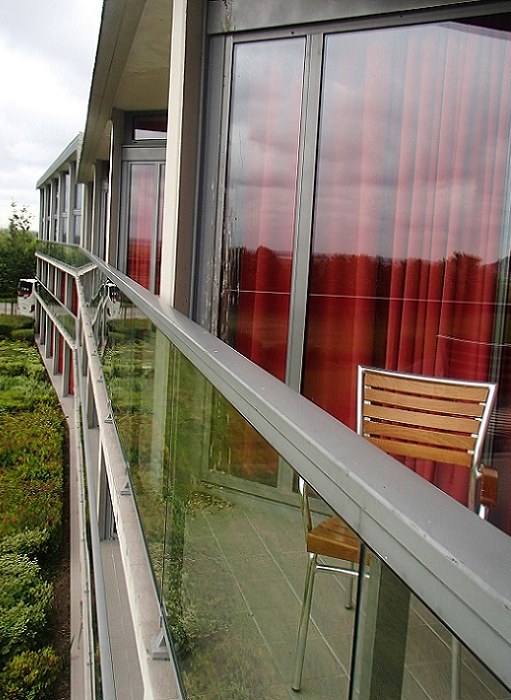 However, the view from the balcony and bed of the famous Mont-Saint-Michel were just AMAZING and it was very surreal waking up and looking out the window

The room also had Free-Wifi that worked really well in the bedroom. This is always a bonus especially when you are traveling internationally.

No doubt the location of the hotel near the start of the bridge was excellent and from what I could see, this was the closest hotel to the entrance of Mont-Saint-Michel. It only took us about 10-15minutes to walk across to the main entrance from the hotel (which I recommend doing, as you can get some great pictures). 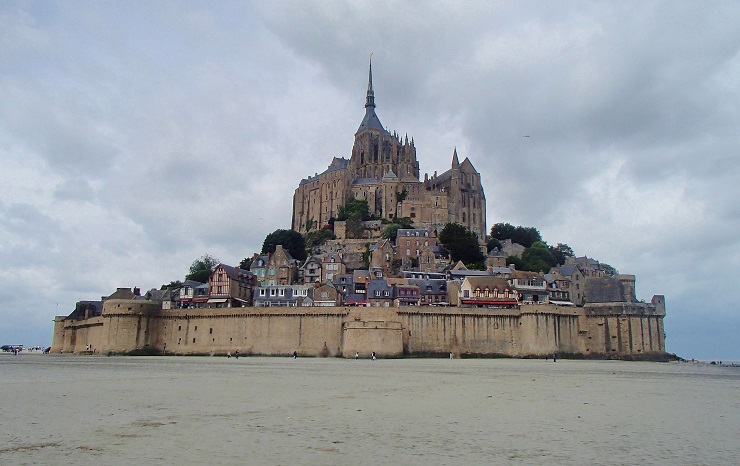 Parking was only 4 euros a day at the hotel and they allowed us to leave our car there for the additional day, when we stayed on Mont Saint-Michel (bonus). There is a free shuttle that goes from the main car-park outside the barriers too near the entrance of Mont-Saint-Michel

This shuttle comes around every 5-10mins and stops for a pick up at the front of the hotel (You can also get a horse and carriage for a fee).

There are barriers that stop visitors from gaining access to the hamlet of Mont-Saint-Michel via car if you are not staying in one of the hotels within the hamlet. Before arriving, you will need to obtain a password from your hotel to gain access through these barriers.

Some of the hotels add it to your booking reference confirmation but if they do not, it is really easy to obtain. I could not find mine so I rang the hotel just before we arrived and they told me over the phone my access code. 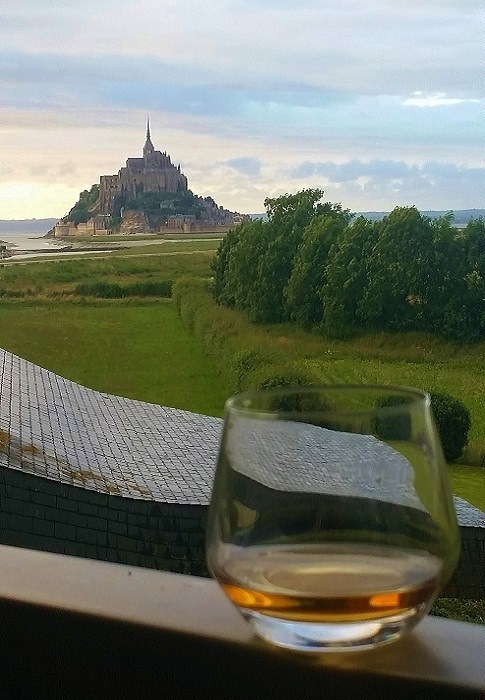 Pick up snacks before you arrive

The restaurants within the hamlet of Mont-Saint-Michel are a little pricey and there are no supermarkets. As an alternative for dinner, I would suggest buying some Ham, cheese, and drinks (especially the local cider and wine) before you arrive and enjoy it on your hotel balcony while taking in the view instead of going out.

Buffet breakfast per person was 25 euros a day and to be honest we never had it but it is always the choice of the person. Instead we bought coffee and a baguette for less than half the price just inside the entrance walls of Mont-Saint-Michel. Granted they were still a little pricey but they were filling and did the job.

There was also a sandwich place on the Hamlet 5mins away from the hotel that also did fresh baguettes in the morning. 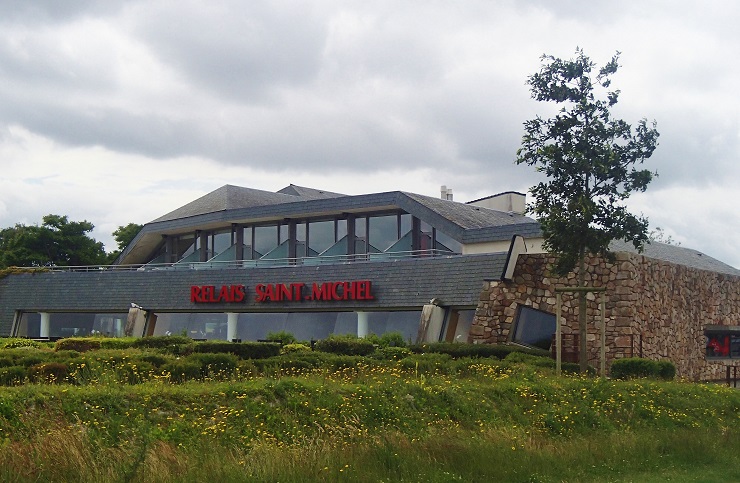 Would I recommend it?:

As I said earlier the hotel is outdated and is definitely in need of facelift and I think they rely heavily on the outstanding view and the location. However, the hotel has potential and a lot to offer especially from its advantages and with some TLC and updating it would be a much grander place to stay.

Though saying that, if given the choice to say here or in one of the hotels within the walls of Mont-Saint-Michel again I would definitely stay here for that amazing view but it would not be any longer than 1 or 2 nights. As mentioned roughly in not so many words earlier ‘Why be in something beautiful when you can admire it from afar and appreciate it’.

Wifi: Free Wifi in all areas