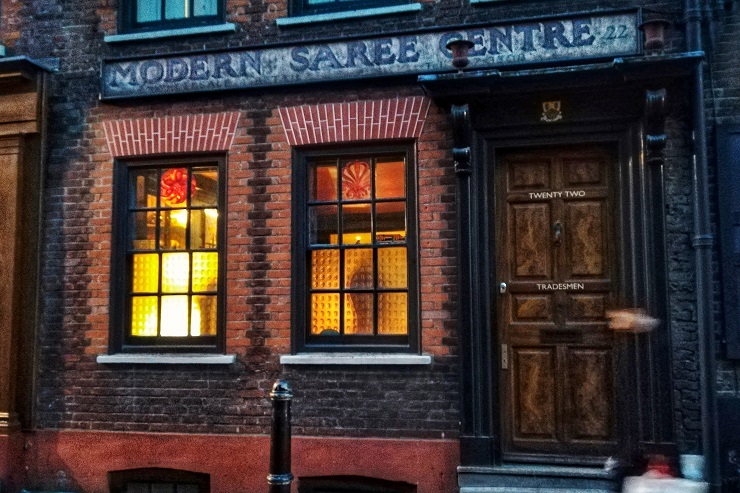 Jack the Ripper Tours is one of the most popular and famous historical tours based in East London England. With so many myths and stories about who Jack the Ripper was and why he killed so many women, it is something that is weirdly intriguing to a lot of people. Especially because it still remains one of the greatest crime mysteries.

For me personally, I find it fascinating that Jack the Ripper has become a bit of a cult figure.

The tours are so popular I can guarantee you that any given time at night between 8-9 pm, you will come across a tour group within the area of his crimes. One such company that runs these tours is The Jack the Ripper Tour who are considered to be the best by the public on Tripadvisor.

About the Jack the Ripper Tour

What makes The Jack the Ripper Tour different from other tours in the area is their approach to telling the gruesome stories via a handheld projector known as Ripper-Vision. Their tours are becoming so popular that the tour is run twice daily, 2.30pm and the other 7.30pm.

The handheld projector shines 5ft graphic images upon the dark streets and alleyways of Shoreditch taking you back in time when the streets were gaslight and covered in a layer of fog.

Some of the images have never been shown before on tours and for a split second, you feel like you can hear the silent footsteps in the shadows as the Ripper hunted his victims. 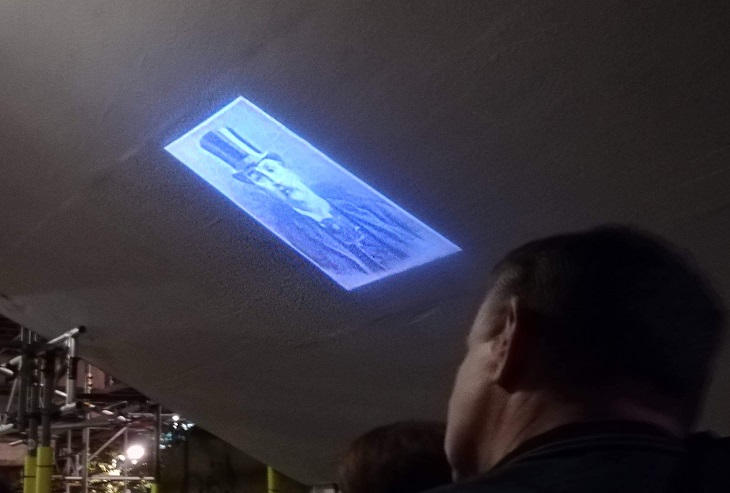 The Jack The Ripper Tour Team

I always think what makes a great tour is the tour leader themselves and how they can portray the stories being told. All the guides on the tour are Jack the Ripper enthusiasts and all are members of the cloak and dagger club. A theatrical performance team who bring old crime history to life.

Our guide loved everything about Jack the Ripper and had even written books about who he thinks the killer was. He was so enthusiastic when he spoke that I think it rubbed off on the group, which made it so much more enjoyable. 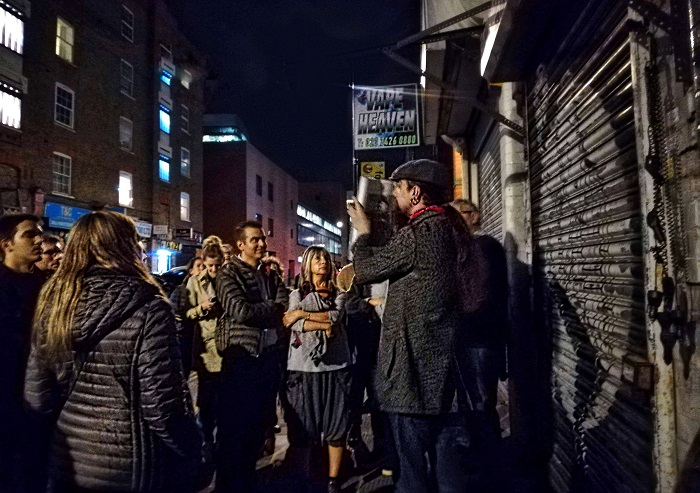 Where you walk on a Jack the Ripper Tour

What you will see on a Jack the Ripper Tour

Two of the most iconic places on The Jack the Ripper tour are  The Ten Bells pub and the Christ Church. They are situated on the corner of Commercial Street and Fournier Street opposite Spitalfields Market.

Read More –  What to Do at the Tower of London England

Depending on which story you believe The Ten Bells pub is linked to two of the victims of Jack the Ripper, Annie Chapman and Mary Kelly. It is also rumoured that all the victims frequented visited this establishment and perhaps even the Ripper himself. 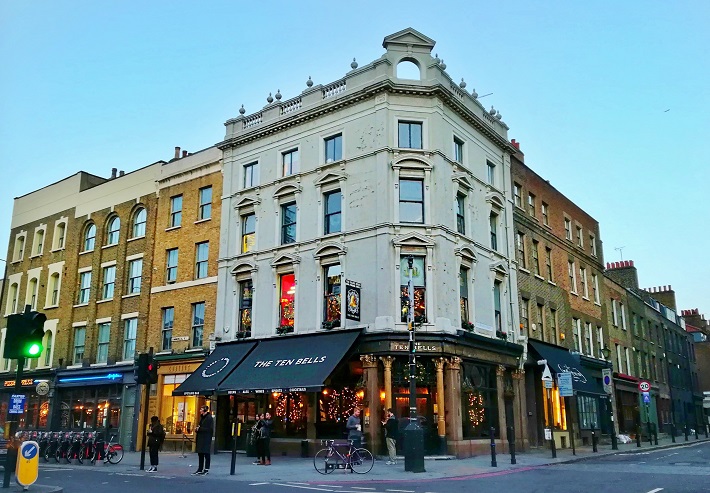 Directly across the road from The Ten Bells is Christ Church, an Anglican church built between 1714 and 1729. Christ Church was made more famous by the movie “From Hell” starring John Depp.

If you love history and you want to feel like you have been transported back in time, then you are really going to enjoy visiting Wilkes Street on the tour. Wilkes Street and the adjoining streets like Princelet Street remains practically untouched on the outside since the 18th century.

Wanting to read more on Jack the Ripper

These narrow streets with the Georgian-era houses have miraculously managed to escape modernisation. The streets have become such an iconic landmark that they are used in blockbuster movies such as From Hell and The Women in Black. 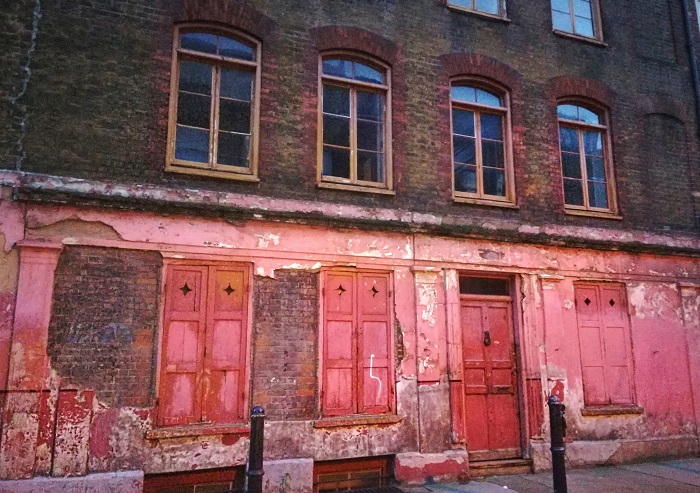 Where the Jack the Ripper tour starts & finishes

The Jack the Ripper tour meeting point is at exit 3 at Aldgate East Station, near the front of the Whitechapel gallery. And finishes along Dorset Street, where the last Jack the Ripper murder happened. It is about a street away from Spitalfields market and about 5-10 minutes walk to Liverpool Street Station. 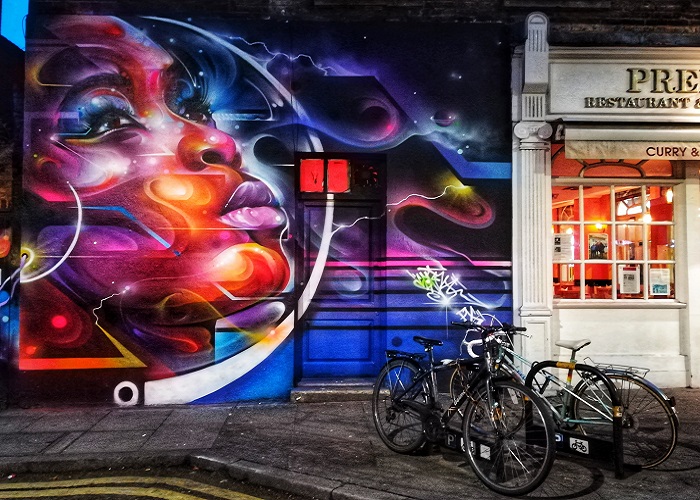 Where to go for a drink in Spitalfields

While William and Cider House is down one of the lanes towards Liverpool St Station and only 5minutes walk from the last point on the tour.

Thank you for reading this article ‘Jack The Ripper Tour Walking Tour – London England’. It is such an interesting tour, especially with the Ripper-Vision.

Have you been on a Jack the Ripper Tour London before? I would love to hear your experiences in the comments below. 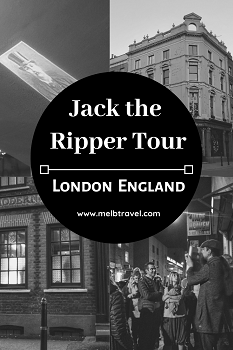 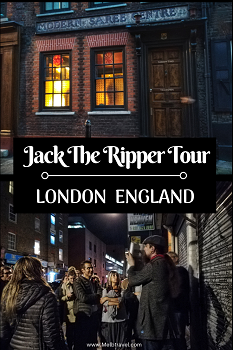 How about some these activities around London England

Disclaimer: Even though I was a guest of The Jack the Ripper Tour  All views are my own based on my own experience.