They say you learn something new every day but to learn more than two things in a day I think is pretty good, especially when it involves alcohol. A trip to the Irish Whiskey Museum in Dublin was not only fun but educational at the same time.

The Irish Whiskey Museum would have to be one of the best whiskey tastings in Dublin that I have been too. The whisky tour talked about all sorts of different whiskeys instead of just the most famous ones, the tour guide interacted with the group and you get to try a selection of different whiskeys if you wanted too.

My father is a big fan of whiskey and when he had flown over from Australia for my birthday, I thought what a better way to celebrate than to take him whisky tasting experience in Dublin. The home of the original first whiskey, though the Scottish would argue differently but that is a story for another day.

Once we paid for our premium ticket (an extra whisky & souvenir glass), we ventured into the museum bar to wait for our time slot and have a famous Irish coffee to warm ourselves up. Just as we finished our drinks it was time to start the tour. We headed into the first room to learn the Irish word for whiskey ‘Uisce Beatha’ and learn the history of how Whiskey was created.

Over a glass (or two) of whiskey, the Queen of England decided to give Ireland their freedom. Now I am unsure how true this story is but I thought it sounded really good.

After the language and history lesson, it was time to head to the next room that was created to resemble an old secret bar and house. I did not notice at first but once the guide started telling us about the Irish making homemade illegal whiskey and dying from alcoholic poisoning, I realised she was standing behind a coffin.

Legend of the Irish Wake

The most interesting thing behind the story being told was the origin of the funeral tradition associated with an Irish Wake. The Wake was a custom of leaving the burial chamber of a recently departed relative unsealed for three days before finally closing it up, during which time family members would visit frequently in the hope of seeing signs of a return to life.

Read More –  What to do at the Tower of London

Legend has it that the tradition of the wake came about as a result of the frequent acholic poisoning suffered by drinkers of homemade whiskey. A symptom of this was a catatonic state resembling death, from which the sufferer may recover after a period of a few hours to a day or so.

What was happening was that people were being buried alive and it was not until grave diggers, dug the bodies up that they would realise they were still alive after seeing scratch marks on the inside of the coffin and torn nails on the person.

I don’t know about you but I am pretty sure, I would not want to die this way.

How Irish Coffee was Born

Next, we headed into the important dates of the history room for the Irish whiskey.  One particular year that stood out for me was 1942 when a plane bound for New York was stranded in Foynes due to bad weather conditions. The restaurant in the airport was told to prepare food and drinks for the cold, tired and sad passengers.  The chef on duty at the time Joe, decided to prepare something special to warm up the passengers and put a smile back on their faces.

He made a coffee, added some Irish whiskey, a little brown sugar and whipped up some cream for each cup. As the passengers enjoyed the coffees, with a smile on their faces, an American writer asked if it was some type of  Brazilian coffee? To which Joe replied simply, “no, it’s an Irish coffee”.

Irish Coffee may never have become an international success had it not been for the travel writer who took the recipe back to a bartender in San Francisco, America.  Since then the drink has become synonymous with Ireland, surprising people that it only originated in the 1940’s.

After taking in all this fascinating history, it was time to do what we had come here for, Whiskey Tasting. Our 4 drinks (some 3 drinks) were neatly set out, waiting for our arrival with a jug of water to cleanse the palate. The guide went through the various brands and flavours of the chosen whiskey. Some of them were nice and some of them were not so nice!

Before I knew it, it was all over and I was wondering where the time had gone.

Where the Whiskey Museum is located & how to get there

The Irish Whiskey Museum is centrally located just off Grafton Street, directly across from the main entrance of Trinity College. It is in walking distance of most of the other tourist attractions in Dublin.

If you do not want to walk there then public transport like the tram is only 5mins (if that) walk away.

Would I Recommend an Irish Whisky Tasting?

Let’s face it, any drinking tour can be fun especially if it involves trying the products especially Irish whiskey tasting. But what I liked about this tour, as they tried to make it as interactive with the groups as much as possible. They kept the talking in each room to a minimum, so others would not get too distracted, the stories were interesting and funny and they talked about all sorts of different whiskeys instead of just the most famous ones.

⇒ If you like to see other reviews for Irish Whiskey Museum Dublin. Then feel free to check out other guests on TripAdvisor comments.

It also helped that our guide was engaging and she had a great way of keeping the rowdy guys on the tour in control in a polite way. Which is something I think you need with tours like this.

As the Irish would say Whiskey solves everything but watch out because it can kill you.

Pricing of the Type of Tours:

Other places of history in Europe

If you are interested in discovering other places of History in Europe, feel free to read my following articles. All are great days out of London for groups of friends or family.

Thank you for reading this article ‘Whiskey tasting with a deadly twist – Irish Whiskey Museum Dublin’. This really was a great whisky tasting tour and definitely worth the time and money, especially as it had a variety of Whiskeys.

For any additional information or booking enquiries, you can visit the Irish Whiskey Museum Dublin site. 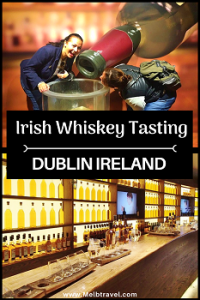 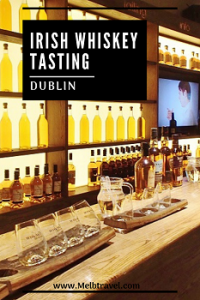 Have you been to Irish Whiskey Museum or any other Whisky Tours while in Dublin? I would love to hear your experiences in the comments below.

Here are some fun activities that you can book while in Dublin, Ireland before you go.

Disclaimer: I paid to go to Irish Whiskey Museum, Dublin Ireland. All views are my own and based on my own experience.