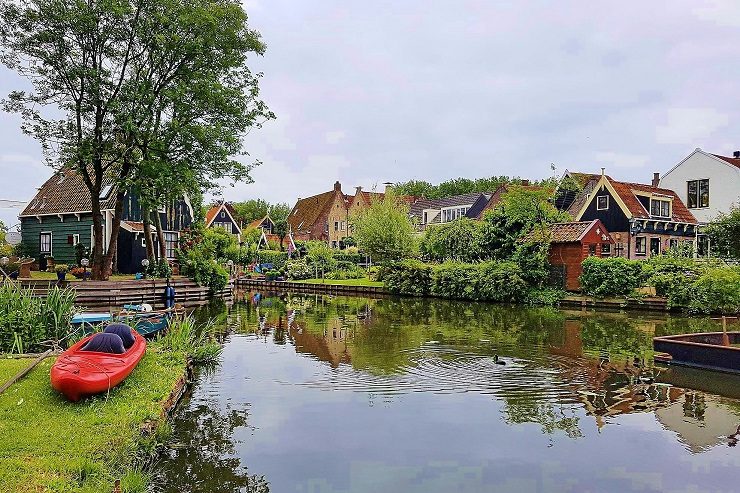 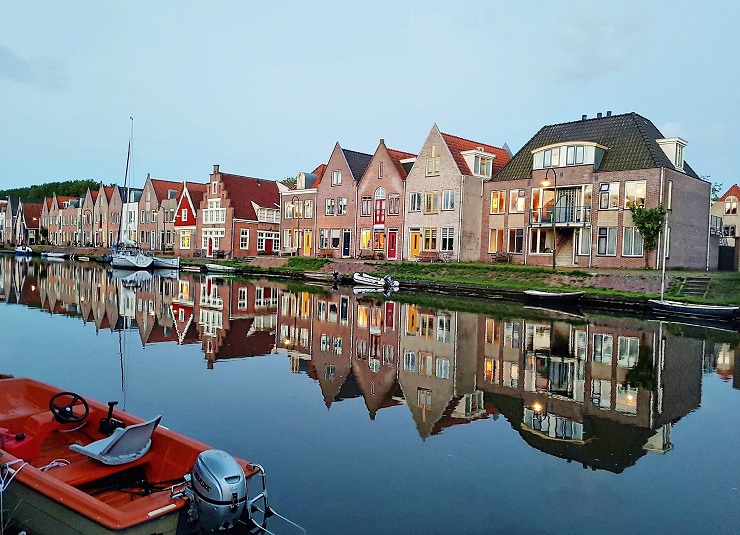 Reflection on the water -Edam Netherlands

Edam Netherlands forms the municipality of Edam-Volendam and there are approximately 7,380 people that live in the village. Although Edam is known for its cheese, it was once an industrious shipyard and port.

The sailors used to take wheels of Edam cheese with them on their voyages because it was known not to spoil easily and it could be traded for other goods during their travels. These days this adorable village is sweet, charming, full of history, has quirky hotels, and great ambience. 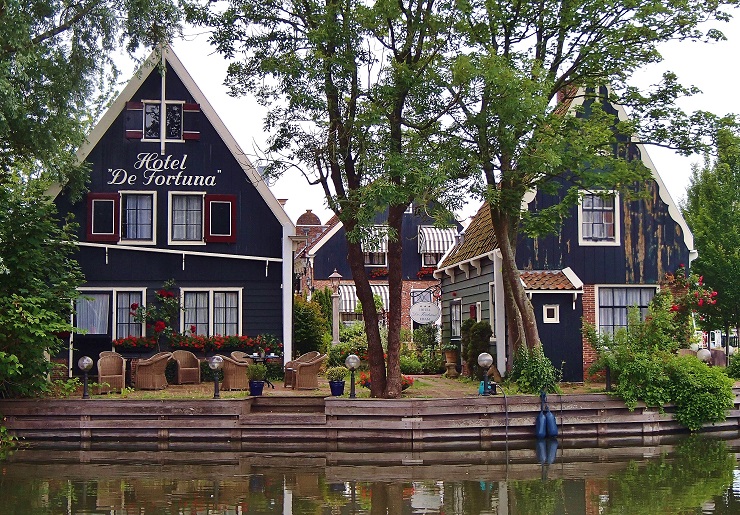 Things to do in Edam Village

Edam is in northwest Netherlands (north Holland) that is best known as the producer and exporter of world-class Edam cheese that is covered in red or yellow wax. The people of Edam have been manufacturing exceptional round Edam cheeses since the 14th century, a time when it was the most popular cheese worldwide, right through to the 18th century.

Even today, Edam  cheese is highly favoured by many across the globe and stands out for its strong, complex and robust flavours. I even have some in my fridge now in London 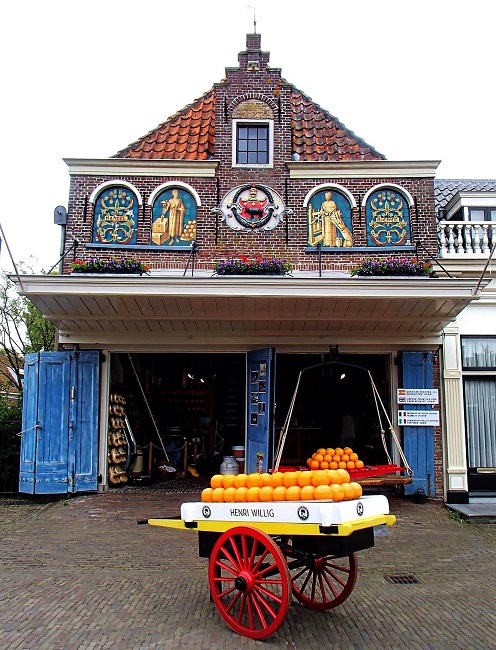 To date, this city maintains its old world charm while still evolving with the changing times. The picturesque and serene town of Edam Netherlands, though small in area is blessed with plenty of enriching must-sees such as the St. Nicholas Church, The Edam Museum and The Town Hall, which attract tourists from all over the globe. 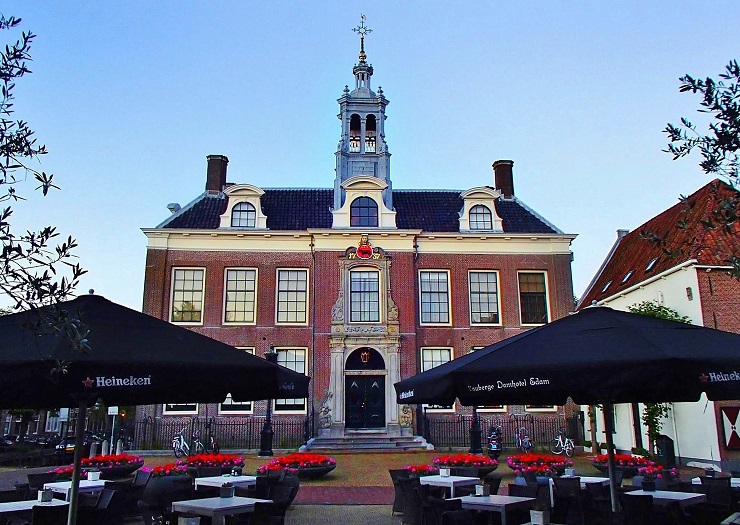 The weekly cheese market is another crowd puller that brings back memories of the past. Where farmers still bring their cheese by boat and horse to the centre of town.

Take a trip to Broek in Waterland

Along the water in Broek in Waterland Netherlands

Naturally blessed with heart-warming scenic beauty, this picturesque village is considered to be a sight for sore eyes. Known for its cleanliness and old-Dutch feel, the village is popular with travellers, especially from in and around Amsterdam as well as other parts of the world.

Best explored on foot or on guided walking tours, tourists can also choose to discover the many hidden treasures of this small village while cycling or driving. Interestingly, many of the buildings in this village are counted as National Monuments. Some famous landmarks here include the Saint Nicholas church and The Famous House. 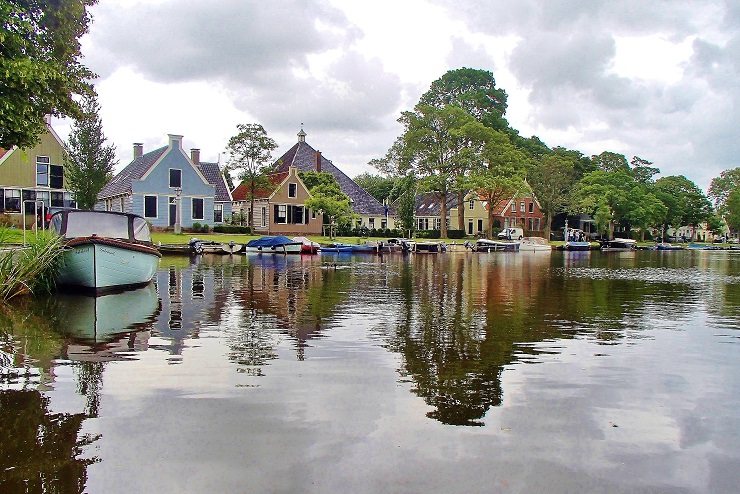 For those who are interested in other forms of recreation, there are numerous opportunities for camping, electric boat rides, and canoeing. And if you’re in the mood for a little snack, do stop at the quaint food places. 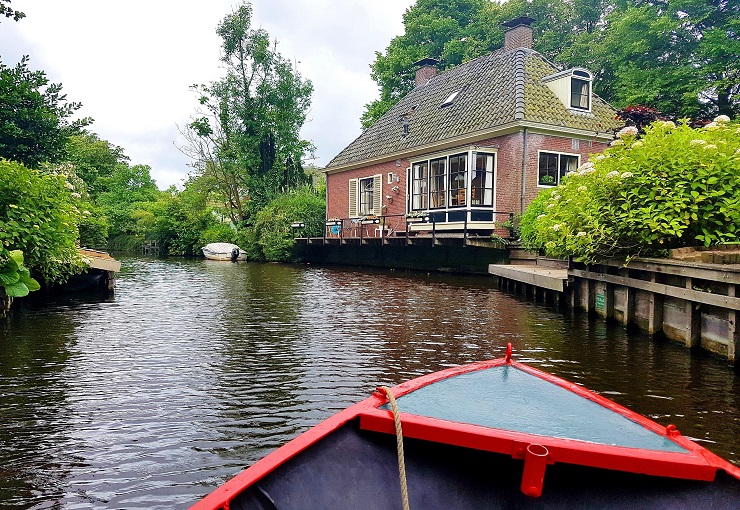 Homes along the canal in Broek in Waterland Netherlands

You can’t come all the way to Edam and not try making your own cheese in Beemster known for its ‘stolp’ farms and cheese. The Beemster is the first so-called polder in the Netherlands and listed as a UNESCO World Heritage site.

Discover how small family farms use traditional methods to make the famous Beemster cheese. While at the same time, learn how to make your own.

Have Dinner in Fort Resort Beemster

Located in de Beemster, in an old fortress that is part of the UNESCO World Heritage list is the Fort Resort Beemster which is a now a luxury Resort and Wellness Spa centre with two lovely restaurants.

I had a 5 course meal for dinner in the Poterne restaurant which not only tasted delicious but looked like little pieces of artwork. Even if you are not staying in the resort, you are more than welcome eat in the restaurant.

If you have the time, book into the Spa for half a day and then enjoy the dinner in the afternoon. Location and how to get to Edam Village

The closest international airport is Amsterdam Airport Schiphol and then it is a quick train ride into central Amsterdam. Edam is 40mins from Amsterdam and will cost you €4.30 one way on a bus.

Best is to buy an OV-Chipcard (€7.50) and adding money to it like an oyster card in London. It will work out cheaper than buying two one-way tickets and it will also save you time.

Where to stay Edam Netherlands

We stayed in the quaint and quirky L’Auberge Damhotel in the centre of the village of Edam. Apparently, hotels have been at this same location as early as the 16th century but unlike now, the rooms were let out for overnight stays for diary merchants and not for visitors exploring the village.

Another option is Pillows Anna van den Vondel in Amsterdam 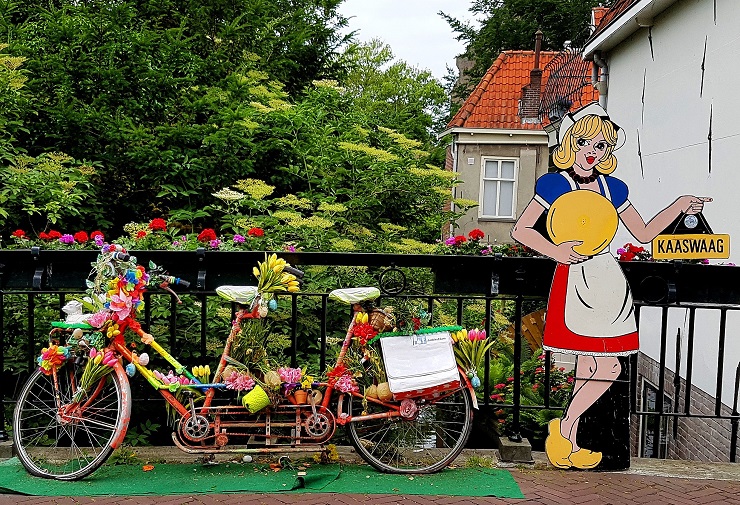 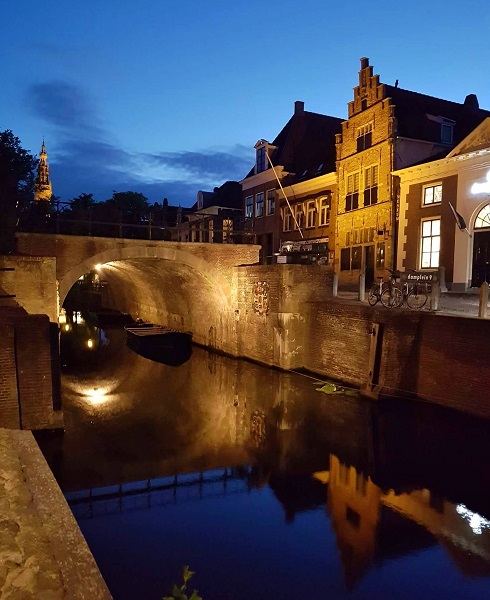 Discover more of Netherlands And Europe

If you are interested in discovering more of  Netherlands or other destinations in Europe, feel free to read my following articles. All are great options for groups of friends or family.

Houses on the canal – Edam Netherlands

Thank you for reading my article ‘Edam Netherlands, A village Preserved in time‘, I hope it helped you to decide what to do in Edam or Broek in Waterland Netherlands. It is such a fun, intriguing village and definitely worth going there for a day or weekend.

Here are some amazing activities that you can book while in  Edam, Netherlands

Have you been to Edam or Broek in Waterland, Netherlands before? Please feel free to share your experience in the comments below or if you know any other places to see while in the area?

Disclaimer: Even though I was invited by the  Iamsterdam Tourism office  All views are my own and based on my own experience.