There was so many interesting to do in Nantes France for a weekend break that it did exceed all my expectations. From its splendid scenery as well as numerous galleries, museums and castles, visitors can spend days here exploring. Not to mention, it is only 13klms away from the closest international airport.

I can see why it is becoming a hot favourite amongst travellers for a European weekend break, especially as there are so many things to do.

Things To Do Nantes France

Nantes is situated on the Loire River in western France Europe and has a population of nearly 300,000. It is France’s 6th largest city and for many years it was regarded as the capital city of the province of Brittany, even though today it is in a different region. 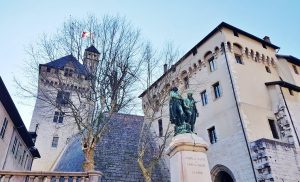 Best Things to do in Chambéry France (Plus Top Tips)

Chambéry France is a charming Alpine town with a population of around 50,000. It is situated in the southeast of [...]

It has many colourful and artistic attractions and interesting exhibitions on old and modern history. Here is my selection of  5 Interesting Things to do in Nantes France, with some helpful tips.

If you are looking for unusual things to do in Nantes France then you can’t go pass visiting the fascinating French artistic project The Machines de l’Ile. It is a blend of the invented worlds of Jules Verne, the mechanical universe of Leonardo da Vinci, and the industrial history of Nantes.

The whole place is like you have stepped into some mad inventors movie and you are one of the characters. It is amazing to see how they built the machines and the finer details of the creations. Even adults feel like little kids here at this cool attraction.

There are 3 different attractions at The Machines de l’Ile, Nantes France and they are all charged separately and are just as interesting to see.

The Galerie des Machines is an interactive demonstration of mechanical beasts, along with the story of how the whole park was imagined and created.

The last attraction is the Carrousel des Mondes Marins an amazing 84ft, 3-storey carousel made into a giant sea world. All sorts of mechanical marine creatures have been created to make you feel like you are discovering the sea like never before, this is such a cool thing to see.

2 – Learn some facts about Nantes while eating La Cigale

Located on the same city square as the Theatre Grasling in the centre of Nantes France is the La Cigale, this Brasserie is a firm part of the city’s history. Over the years it has attracted some interesting people and is known as a great place for celebrity spotting.

Established in 1895 this brasserie is considered to be one of the oldest (if not the oldest) restaurant in Nantes. Not only is a great place to eat delicious food but you can also learn some facts about Nantes at the same time.

It’s worth a visit just for the decor, which has remained unchanged due to it being protected as a historical monument.

The restored, medieval Chateau des Ducs Bretagne is a 15th century castle. Contruction was started by the late Duke of Brittany and then completed by his daughter. It was the residence of the Dukes of Brittany between the 13th and 16th centuries. Until this day many have believed it was the capital of Brittany.

If you are a history buff and you love facts then you can’t go past visiting the Nantes history museum inside the castle. The exhibition houses over 850 historical items dedicated to Brittany culture and the history of the city.

You can stroll around the courtyard, go into the towers and walk atop the fortified ramparts for free.

Nantes is a low rise city, with the exception of the Tour Bretagne which stands at 37 stories. It is centrally located and visible from nearly everywhere in the city. On the 32nd floor, there is a viewing deck with amazing 360° panoramic views of Nantes and its surroundings. There is a bar called Le Nid, which takes advantage of these views, on the same level.

Le Nid is a trendy place and a great spot to have a drink and watch the sun go down. The bar decor is home to a giant white bird not a real of course that you can sit on. The idea behind it is that he sleepily watches over the city, and gives visitors reassurance.

Following a six-year refurbishment, the Musée d’Arts de Nantes or previously known as Nantes Fine Arts Museum reopened in June 2017, with an additional 2,000 m² of exhibition space. There was a lot of anticipation surrounding the reopening of the Museum, as it was only supposed to take two years to complete the renovation but instead took 6 years.

There had already been sixteen thousand people through the doors a week after the opening,

Apart from Grenoble, it is the only museum outside of Paris that exhibits an extensive range of art expanding from 13th century to modern art. Included in this collection are over ten thousand artworks, sculptures, drawings and contemporary installations.

With it being one of the largest museums in the region, you will not run of things to see and read about. Even if you are not a fan of artworks this is still a great place to visit.

If you are looking for places where to stay in Nantes then Hotel La Perouse is a great option. I stayed here for the night during my press trip. Located in the heart of the city and in walking distance to most of the top things to do in Nantes.

Do not worry if you don’t feel like walking, the city’s three main tram lines are within 100 yards of the hotel. Making it easy to get to and from the hotel and airport.

Hotel La Perouse is urban 4-star hotel is in a 20th-century heritage listed building. The architecture of the hotel pays tribute to the distinctive leaning buildings found around Nantes. It has the European Union’s Eco-label accreditation and offers strong free WiFi in all areas especially the bedrooms.

Get a Pass Nantes to see the tourist attraction

If you are going for a weekend break or a few days, I would suggest getting a Pass Nantes. It is a great way to see the tourist attraction in Nantes. It provides free entry to over 30 tourist attractions, which included the Tour Bretagne and Nantes history museum. You also get discounts, a free riverboat cruise and free public transfer.

Depending on what you read, some people say it is worth it and some others say it’s not.  I suggest making a list of top things to do or best places to see then see. Then check to see if they are included in the Pass Nantes before you decide. If you are unsure still, just wait till you get to Nantes France and then make your decision.

How to get to Nantes France

Nantes France is a city on the Loire River in the West of France, near the region of Brittany

The closest international airports is Nantes Airport and it is only 13klms away from the city centre.  Making it quick and accessible to get to central Nantes, especially for a weekend break.

Places to visit in France and Europe

If you are interested in wanting to visit more places in France or in Europe, feel free to read my following articles. All are great options for groups of friends or family.

Thank you for reading this article ‘5 Interesting Things to do in Nantes France’, I hope it helped you to decide what to do while in this city.

It is truly a beautiful place to explore and learn about especially for a weekend break. 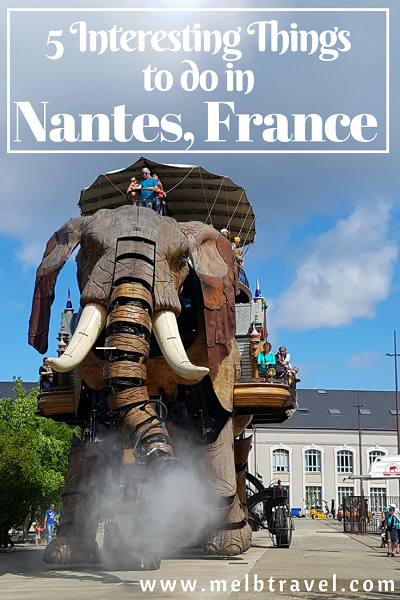 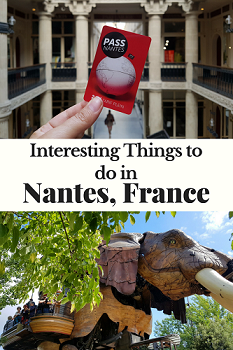 Have you been on a city break to Nantes France or done any other tourist attractions that I could add? I would love to hear it! Please feel free to share your experience in the below comments section?

Disclaimer: Even though I was a guest on a press trip with Atout France.  All views are my own and based on my own experience.

Best Things to do in Chambéry France (Plus Top Tips) 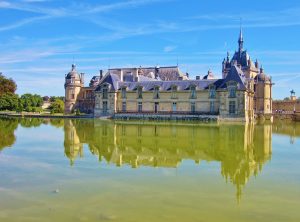 What to do at Chateau de Chantilly France 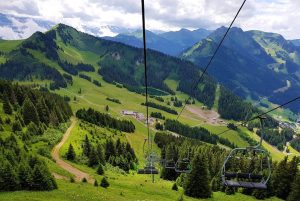 62 thoughts on “5 Interesting Things To Do in Nantes France”