Havana Cuba (also known as La Habana in Spanish) is one of the most colourful places that I have visited. With its old colonial period buildings and people cruising around in their vintage cars. You really do feel like you have stepped back in time when you are exploring this vibrant city.

It is full of interesting history which has gone hand in hand with the Cuban people and the development of the city. Meaning that there are plenty of stories to tell, some good and some bad.

The island of Cuba, as well as Isla de la Juventud and several minor archipelagos, make up the country. It has a population of 2.1 million. Havana is not only the capital city but also the largest city, major port, and leading commercial centre in Cuba.

⇒ Do you require a visa for Havana Cuba before you go? You can check here and see if there are any requirements.

With so many interesting things to know about Havana Cuba, I thought I would put together some fun facts together. That you can learn before you go. Then all you have to do is turn up with an open mind and just take in the colourful and intriguing city.

El Capitolio (National Capitol Building ) is based on Pantheon in Paris

The El Capitolio or also known as the National Capitol Building was the seat of government until after the revolution. However, it is now home to the Cuban Academy of Sciences. Even though at first sight it looks like Capitol Building in Washington DC it is in fact designed on the Pantheon in Paris.

The dome stands at 92mtrs (300ft) which is considered higher than the one in DC and up until 1950’s. This was the highest structure not only in Havana but also in the whole of Cuba.

We never made it inside but apparently in the centre of the building, stands an enormous bronze woman. She is supposed to symbolise the mythic Guardian of Virtue and Work. At 11m tall, is considered to be the third tallest indoor statue in the world.

The giant bronze sculpture of Che Guevara on the Ministerio del Interior building was completed in 1995. It was based on the famous photograph taken by Alberto Kirda. The wording which appears underneath the picture reads “Hasta la Victoria Siempre” which translates (into many versions depending on what you read but the version I am going with is) into “keep striving for Victory”

The building is situated on the Plaza de la Revolución and is one of the world’s largest city squares at 72,000 square metres. It is really cool to stand in the middle of the square, taking in the atmosphere while looking at all the memorials. Rumour has it that Che Guevara once kept an office in the Ministerio del Interior.

You do not think of 16th-century Forts when Havana Cuba comes to mind. However, it is one of the first things you will see when you arrive in old Havana. Situated on the western side of the harbour and it played a huge part in Cuban history. It is set back from the harbour entrance is Castillo de la Real Fuerza (known as the English Castle of the Royal Force).

It is the oldest military construction in Havana & was originally built to defend against the attack of pirates.

Considered to be the oldest stone fort in the Americas and is a part of the UNESCO World Heritage site of Old Havana. Even though it looks imposing with its impressive moat and its thick sloping walls the Castillo de la Real Fuerza suffered from a poor strategic position, being too far inside the bay.

The fort is now Cuba’s premier maritime museum and houses an impressive collection from Cuba’s maritime past. One main feature is a huge four-metre model of the boat, Santisima Trinidad. Which uses an interactive touch screen to show life on board. This was an important ship in Cuban history because she was one of four Cuban-built ships at the Battle of Trafalgar in 1805

Have a cocktail daiquiri at El Floridita

If you are a fan of cocktails, especially daiquiri’s or rum based drinks, then you can’t go to Havana without visiting the world famous El Floridita. It is where the original daiquiri cocktail was invented. El Floridita is a restaurant and cocktail bar in the older part of Havana Cuba.

Situated at the end of Calle Obispo (Bishop Street) on the corner, near The National Museum of Fine Arts of Havana. The building is hard not to miss with the outside painted pink and its big blue sign protruding out of the side.

Constante (Real name Constantino Ribalaigua Vert ) was credited for inventing the frozen daiquiri. As well as making the Floridita bar famous. He was originally the bartender before becoming the owner. Apart from its daiquiris, it used to be one of the favourite hangouts for Ernest Hemingway in Havana. This is why there is a bronze statue of him in the bar, which you can take a picture with.

I had the new style daiquiri which is a blend of white rum, lemon, sugar, maraschino and ice. I don’t need an excuse to have a great cocktail, especially with family & friends.

There are several things that come to my mind when I think of Havana Cuba; cigars, rum and El Capitolio and of course colourful vintage cars. Do you know that there are an estimated 60,000 vintage cars in Cuba? Up until recently, residents needed permission from the government to purchase cars legally older than 1959.

Spending longer in Cuba, how about 3-day Havana itinerary, while in the capital.

Surprisingly most of these cars were from the states. Everywhere you look is an old-school American brand vehicle, ranging from Oldsmobile to Chevrolet and Ford. These are all vehicles that the majority of American car lovers would spend hundreds of thousands of dollars on to do up.

These days, you can step back into automotive time and take a tour. There are plenty of tour companies that will offer services using vintage cars. Cuba is literally a rolling car museum.

Pubs and Restaurants in Havana Cuba

There are lots of great restaurants and pubs in and around Havana Cuba. Where you can enjoy a famous rum cocktail or a bite to eat.  Here are a few recommendations for both pubs and Restaurants:

Places to visit in North America or Asia

If you are interested in discovering other places in Asia, feel free to read my following articles. All are great options for travelling with a group of friends or family.

What to see and do on Green Island – Taiwan
Yerevan Ultimate 3 day Itinerary – Yerevan
A Brief Encounter with the city of Bandar Seri Begawan, Brunei – Brunei

Thank you for reading this article ‘Interesting things to learn before you head to Havana Cuba’. I hope you enjoyed these facts and you have a wonderful time in Havana. 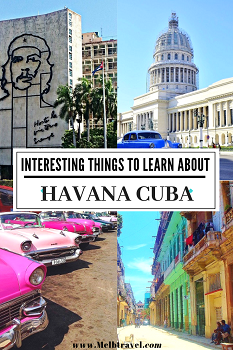 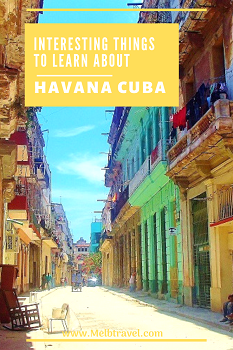 Have you been to Havana Cuba or know any other facts that I could add to the list? I would love to hear your comments below.

Here are some fun activities that you can book while in Havana Cuba while you are there.

Disclaimer: I paid to go to Cuba with my family and all views are my own and based on my own experience. 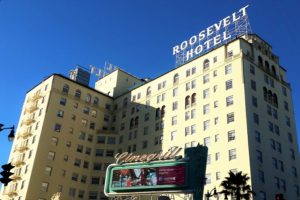 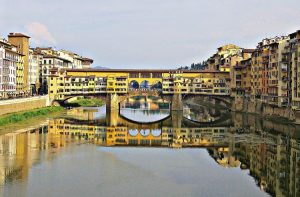